Detectives from other towns in the county cross paths all the time when they have cases in common or are chasing after a suspect in another jurisdiction. But Lexi is a different breed of detective. She’s not working for a local town at all.  She has more of a national – even international – interest. Years ago I met her while picking up a suspect in D.C. and we clicked right away. She tries to visit whenever a case brings her to New Jersey.

Just to give you a little background, Lexi Sobado grew up in Washington D.C. as a homeschooler. Her mentors set Lexi on an unusual path where her out-of-the-box thinking both solves and creates problems for her, and often – too often – saves her life. Lexi, known on the job as Lynx, works as a Puzzler for Iniquus. There, it is her duty to solve the crimes that put American interests at risk. Orphaned at 19 and widowed at twenty, Lexi has made her team at Iniquus, Strike Force, into her family. Led by the ‘handsome and enigmatic’ (Lexi’s words) Striker Rheas, there is always something afoot challenging Lexi – not the least of which is her relationship with Striker. 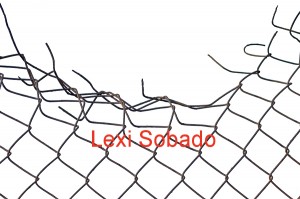 Here’s how she tells the story of what happened the last time she stopped in:

“They’re wrong – dead wrong.” I curled myself into Charlie’s comfortably overstuffed chair, not feeling comfortable at all. “What should I have done? Let them take her to jail?”

I had dropped by Charlie Kerrian’s house uninvited. Staying at a nearby hotel while on assignment, I wanted to run this whole darned fiasco past his detective’s ears. Would he agree with me? Or had I just made a monumental mistake?

Charlie and I have been friends for a long time, from back before I worked for Iniquus as their Puzzler and used the call name Lynx. I was Iniquus’s go-to girl for solving crimes. Now, I was in trouble with Command for disagreeing with their capture. Poor Charlie sat, listening to me vent.

“The FBI used Mason as their interrogator. He was absolutely the wrong person to question this woman.” I wrapped my arms around my bent legs, resting my chin on my knees. “He walked in with his power strides, wearing his expensive suit. When he introduced himself, he used the required solid eye contact and firm handshake. The problem? He tilted his hand so his palm faced downward, making him the dominant. He glared at her – his eyes cold…aggressive. Polly, the woman they’re accusing, is a little bitty thing.” I stared down at my jeans, visualizing the scene, trying to get the details right.

“She shriveled – folded into her body as if she were a piece of origami. She immediately twisted in her 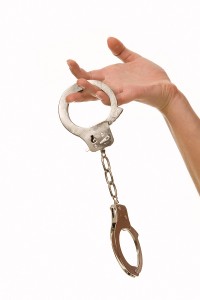 seat, making her feet and her bellybutton face the door — away from Mason — and she refused to look him in the eye. Polly huddled there, tapping her foot like a woodpecker; her hands fidgeted constantly – shifting around her clothes and her hair. Textbook guilt-response.” I peeked up to find Charlie nodding agreement.

“Mason would ask her a question, and every single time Polly glanced down to the left.” I imitated her actions so Charlie could see what I was talking about. “Mason beamed. He knew he was about to get his confession, which made him posture and bluster.” I wrinkled my nose. What an idiot. All that machismo.

“If Polly answered the questions at all,” I continued, “she answered in odd patterns – passive language, her verbs weren’t in the right tense. ‘I loved him,’ she said.” I jumped up to pace. “No one had told her that her husband was dead at that point. Why would she use past tense unless she also knew he was dead?” I paused then shook my head. “I can’t explain it… yet.”

Reaching back to gather my hair into a ponytail so I could think better, I resumed walking from one end to the other. Charlie followed me with his patient gaze. “Yup,” I said. “She had all the guilty indicators. But I don’t believe she killed her husband – I’m staking my job on this one.”

I stopped to reach for the glass of lemonade Charlie’s wife Sheila brought in to me. “Thank you, ma’am.” I took a sip as she left again. It was tart enough to make my mouth pucker.

“I have good reasons why I don’t believe she lied.” I swiped the back of my wrist over my lips. “For instance, Mason asked her the same question three times: ‘You bought a gun two days ago, did you mean to shoot your husband with it?’ Her first response, ‘I wouldn’t hurt anyone.’ Vague. Her verb choice indicated the future. She failed to answer the question. Again, Mason asked using the same words, same tone. This time he leaned forward – got right in her face. Polly cringed away from him – put her hand up to block him from coming any closer. She panted when she said, ‘The gun is for self-defense.” The third time Mason asked, Polly said, ‘No.’ Just that plainly. ‘No.’ In three tries of asking a direct question there is statistically an 85% chance someone is not lying if she can answer ‘no’ clearly at least once. Too bad Polly said it while stroking her throat – a liar’s ‘tell.’” I reached down and set my glass on the floor.

“Now, did Mason prepare with due diligence before the interview by watching video feeds of Polly’s body language in different circumstances?” I asked. Charlie raised his eyebrows and waited.

“Yes,” I said. “And did he believe he had a good baseline for making assumptions about her body language tells? Yes. I can’t fault him on that. So, why do I think she’s innocent? Mainly, it’s because I’ve seen baseline video Mason hadn’t. A different detective questioned Polly.”

I sat back down on the edge of my chair and looked Charlie straight in the eye. “The last time though, she wasn’t the accused. She was the victim. A guy from her office, high on meth, attacked her. I pulled up the guy’s mug shot. He’s a dead ringer for Mason. Between Mason’s business suit, his facial features, and his dominating stance, Polly wasn’t responding to this interrogation. I really believe she was reliving the last one. She acted like a victim, needing to run away – get safe. I know she’s innocent. Now I just need to find the real perp and prove I’m right.” 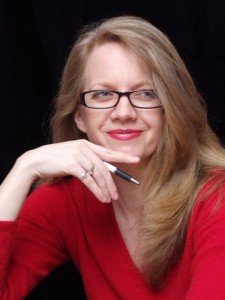 Fiona Quinn is a Canadian born romantic-thriller writer, who has rooted herself in the Old Dominion. Living outside of D.C. with her husband of twenty years, Fiona homeschools their four children, pops chocolates, and types on her laptop all day long. Learn more about Fiona Quinn on her website www.FionaQuinnBooks.com and stop by her blog http://thrillwriting.blogspot.com/ where writers learn to write it right.