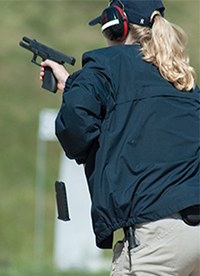 Many warm thanks to all the Kerrian followers. Readership was up by over 50% in 2019. That’s not a typo. You spread the word and people kept on reading and sharing.

The Kerrians’ 2019 was a year of returning to fan favorite topics that focused on how law enforcement officers work, with the result that four of those articles were in the TopTen new articles for the year.

Interest continues in the new recipes from the Kerrian Kitchen and we’re delighted that you enjoy them as well! Like I keep saying, we taste-test everything and nobody ever died after eating at our house. 😉

Sadly, suicide is on the rise in the USA again and the interest in the article seen here is welcome. It is based on the death of a real family friend. Pass along the information to others, please.

Here are your Top Ten favorites from 2019:

(Click on the links and enjoy them again or read them for the very first time.)

5:  “Scotland Yard Is Not in Scotland”

Keep a lookout for changes at the Kerrian website. Many will be behind the scenes as we make www.kerriansnotebook.com more cellphone friendly.

The changes will occur over the next few months and I’ll let you know through the newsletters and on Facebook as soon as they happen.

Happy New Year, everyone, and keep those cards, emails, letters, and messages from around the world coming. We read and enjoy them all!   🙂

I got the call from a family member of mine. The TV was on in the background and I was sure what I heard had been mangled in the signal through cyberspace. But, he repeated the news and I had heard him correctly.

A dear family friend of 30 years had committed suicide.

I nearly dropped the phone. I sobbed out the questions, but details were sparse. My family member had been out of touch with our friend for several weeks after a move to the opposite side of the country. Tragic specifics were slowly revealed over the next few weeks – from discovery of the body, to the last call that was made before the suicide.

Out of respect to the family, and other friends devastated by this loss, those specifics will not be revealed here.


Why did it happen? So many wonderful events had occurred during the 18 months beforehand. A bump or two, but our friend was resilient and had been rigorously challenged before and done well. When mention was made of a job loss, negative reactions from the circle of friends and family were non-existent because that was the nature of employment in that industry – five years at any position and then move on to the next within a month or two. Plans moved ahead to increase their real estate holdings, so lack of money was never an issue.

Nevertheless, depression hit and a downward spiral began. Psychological counseling, residential therapy, words of support and comfort, strategy sessions, midnight phone calls, tough love, and more, all played a part in the story of a life unwinding. Our friend would feel encouraged for a few hours and then be overtaken by those inner demons again.

In hindsight, we suspect that the move to the other coast was an act of isolation. The support system was here, not out there. Was our friend religious? No.

In the months since this tragedy, we have searched our memories of what led up to that day, how our lives intersected with our friend’s. There are hundreds of articles, studies, even novels that focus on the act and causes of suicide and not only the loss of the loved one, but the rippling effects on those left behind. Enough time has passed that we can remember the truly positive, self-less persona that left us all too soon.

There are no easy answers, no sure-fire cure for the prevention of suicides, but there are warning signs often revealed to the inner circle. Sadly, most of us are unaware of those signs, or discount them as not being indicators of anything serious.

From the American Foundation for Suicide Prevention (AFSP):

“There’s no single cause for suicide. Suicide most often occurs when stressors and health issues converge to create an experience of hopelessness and despair.”

The majority of people can manage the challenges of life and move through those challenges, but there are signs that loved ones might look back on and recognize, even if not appearing to be serious beforehand. AFSP states: “Most people who take their lives exhibit one or more warning signs, either through what they say or what they do.”

A person may talk about:

A person may have behaviors that may signal risk, perhaps related to a painful loss or change.

People who are considering suicide often display one or more of the following moods:

Stats
The rate of suicide is highest in middle-age white men.

Suicide, while now legal in the U.S., has a stigma attached to it. Some religions do not allow burial on church grounds and most insurance companies will not honor suicide claims on insurance policies involving the deceased. That most likely has led to under reporting of suicides.

Two groups that were a source of help and information in writing this article:

A Kerrian follower suggested this valuable link for information about teen suicides:

If you’re thinking about suicide, are worried about a friend or loved one, or would like emotional support, the Lifeline network is available 24/7 across the United States.

May your heart be at peace, today and always.