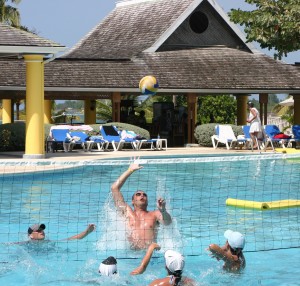 Sheila and I watched a British TV show that included a ‘death-by-drowning’ scene. The wrong person wound up dead in the pool in this mystery because of an identity mix-up. By coincidence, the very next night, an old movie featured the same cause of death. We began to wonder how often death by drowning actually occurs.

While no stats were available specifically concerning murders caused by drowning, the general answer is that an average of about 11 drowning deaths happen every single day in the USA. It’s actually a huge global problem, not just here, and is the third leading cause of unintentional death worldwide. In 2019, an estimated 236,000 people died from drowning around the world. This number excluded deaths by vessels capsizing, natural disasters, or intentional drowning deaths (suicide or homicide).

Surprising as that number might be, the Centers for Disease Control (CDC) in the USA lists additional alarming facts – that more children ages 1-4 die from drowning than any other cause of death and nearly 20% of the people who die from drowning in the USA are under 14 years old. Similar information exists for the global stats cited by WHO (World Health Organization). Plus, for every child that dies, there are several others who have to get treated for their injuries in the water. The numbers drop the older you get, so that speaks to ‘who’s watching the children?’

But before you jump to the conclusion that the injuries are all happening at home pools in the USA, think again. About 47% of those who had to get treated were swimming at a home pool, but a full 27% of the swimming injuries happened at a public watering hole.

Then there are the drowning deaths, still accidental, but pushing the limits of that definition. A story in the 2016 news involving a controversial SEAL training death points to a seemingly universal opinion that we are indestructible, that swimming is at best a risky enterprise, but that people in good shape can survive with less oxygen getting into their lungs on a regular basis. Hmmm… not true. Even great swimmers get tired and can drown. In that case, the drowning was eventually ruled a homicide.

Lots of private pool owners swim alone. Why not? The pool beckons on a hot day and it’s a relaxing way to cool off. But, what if you are tired at the end of a work day, and slip on the edge of the pool, knock your head on the way in and… if you are alone, nobody is there to pull you out of the water or to call 911.

That may be what happened to a guy who was found floating in his pool back in April of 2016.

Sadly, sometimes drownings are a family affair. In July, 2022, a Texas visitor to NC was at the beach with his younger brother and both were swept away by the waves. The 12 year old was saved, but the older brother, thought to be the stronger swimmer, died and his body was found a few days later.

So, what can you do to stay safe in the water?

For other water safety measures see:

For more information on this subject go to:

Above all, stay safe in and near the water.