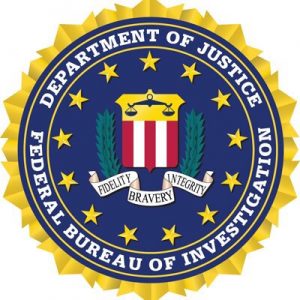 “The Federal Bureau of Investigation (FBI) is an intelligence-driven and threat-focused national security organization with both intelligence and law enforcement responsibilities.”*  It is the chief fact-finding branch of the Department of Justice and helps other agencies by sharing that information and providing training.

“To protect the American people and uphold the Constitution of the United States.”*

In 1908, the United States had about 100 cities with 50,000 people. The rest of the population (about 83 million) was spread throughout the rural areas of the country. Law enforcement personnel at the local level were often poorly paid (and were sometimes volunteer) members of the community. Murders were handled by local investigators and still are to this day. For the majority of the cases, murder is not a federal crime, unless carried out across State lines.

Prosecution of border security issues or organized crime was limited in 1908 since there was no adequate way to enforce the law at a national level. In fact, few criminal laws even existed at a federal level. For the most part, individual States and local jurisdictions handled their own criminal investigations, and sometimes that led to political corruption, corporate criminal behavior, and even slave labor in factories. Federal agencies were stretched thin or were nonexistent in some parts of the country.

President Teddy Roosevelt supported the idea of modernizing law enforcement, so when his Attorney General hired 34 of his own investigators (including nine seasoned Secret Service agents) to assist the Department of Justice, Roosevelt wholeheartedly endorsed the action. A few months later, the Bureau of Investigation was officially created. Hardly a large force, but it was a start.

At the beginning, incidents involving car theft across State lines, civil rights, and various kinds of fraud were the typical cases. The FBI also took on treason and domestic terrorism, and Congress (previously reluctant to loosen the purse strings) began to see the value of a national law enforcement agency.

It’s interesting to note that the Mann Act or “White Slave Traffic Act,” was passed in 1910 to help stop interstate prostitution and human trafficking, and the FBI had a role in the early investigations. One hundred years later, it has become an international problem and requires cooperation from many different agencies to obtain successful prosecutions.

World War 1 brought us the problems of sabotage by foreign agents against our military ships and munitions plants, as well as international smuggling. The FBI had entered the so-called spy business and worked hard to eliminate those threats. 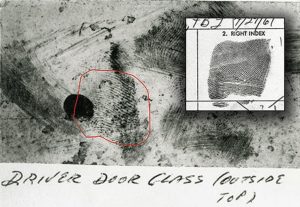 In 1924, it was recognized that fingerprinting was a reliable way of connecting (or eliminating) individuals to a particular scene, and to collect that information in a central location would be helpful to other law enforcement agencies in the United States. Now, the FBI gathers and classifies fingerprints from convicted felons and other criminals, military personnel, federal applicants and employees, and shares that information with appropriate agencies. Additionally, fingerprints of military detainees and other persons of national security interest are being collected for national security purposes.

Formerly called Automated Fingerprint Identification System (AFIS), the program processes over 63,000 prints a day, is now integrated with other forms of identification and called IAFIS, and can deliver digital information in as little as two hours. It is used in connection with biometric databases (facial and voice recognition) for more accurate identifications. Next Generation Identification (NGI) combines biometrics, fingerprints, and palm prints to expand identification possibilities.

One of the programs developed by the FBI is the ‘Ten Most Wanted’ list. It began in 1950 as a way to call attention to fugitives who might otherwise remain at large. Each new list is posted in United States Post Offices and on the FBI website.

Since 1950, 518 fugitives have been on the list, and 484 have been apprehended or located. The stats below are from the FBI site:

With the advent of increased world-wide terrorism, the computer and cyber-security age, more complex corporate crimes, and a global awareness of human trafficking, the focus of the FBI has shifted.

At the end of 2017, there were over 35,000 employees, made up of intelligence analysts, field agents, language specialists, scientists, and information technology specialists. They are tasked with investigating:

Stay tuned for posts about Quantico and training for the FBI, and interviews with former FBI agents.

1969 Latent Print Match
A latent print removed from a 1969 murder victim’s car was later determined to be a match to the suspect’s fingerprint (inset) contained in the FBI’s Integrated Automated Fingerprint Identification System (IAFIS). The Houston police detective and Texas Department of Public Safety latent print technician instrumental in solving the cold case were honored by the FBI with the 2011 “Latent Hit of the Year” Award.