Kerrian’s Notebook has been around for 100 pages. That deserves some serious noisemakers. Maybe that should be 100 handcuffs rattling or 100 jail cells slamming shut on the bad guys, but whatever noise we use to celebrate? Make it loud. We love a party!

In honor of the 100 pages, here is a list of 100 ways to die by unnatural causes. A death certificate (which lists the cause of death) is issued after any death in the USA, whether natural or otherwise, but if the attending medical practitioner notes anything suspicious, an inquiry may or may not be conducted. Keep in mind that a law enforcement officer will only investigate these deaths if a dastardly deed is suspected. Sometimes, foul play is not always apparent.

Can you spot the ones in the list that indicate murder was afoot?

2)   Drowning in ocean because of undertow

3)   Drowning in a molasses spill

5)   Suffocation after entire body has been painted

15) Bleeding out because of slit wrists 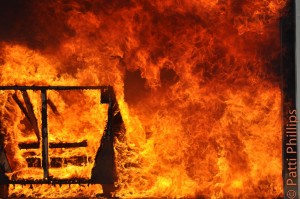 25)   Vending machine fell with your arm in it

26)   Lethal mix of drugs and alcohol

45)  Bitten by mosquito during sleep – allergic reaction to bite – B.R

56)    Car accident – car ripped in half by telephone wire – anonymous

78)   Strangled by another person 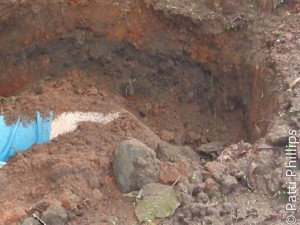 79)    Strangled – tie caught in laminating machine while wearing it

91)    Jumped off diving board into empty pool

97)    Shot yourself while cleaning a gun

98)    Crashed into tree while ziplining

Sources? I’ve lived longer than I’d like to admit and over 90 of these deaths are ones I’ve heard about in the news or seen in the movies over the years. Some of the Kerrian’s Notebook readers have told me about a few more. Thanks to Barbara Rosario, Christy Crowley Johnson, Jessica Pettengill Messinger, and a person who prefers to remain anonymous, for their ripped-from-the-headlines suggestions. Thanks to mystery writer Edith Maxwell for an intriguing cause of death. I wonder if one of her books will include that COD? Remind me to stay away from any almond dishes at her house.  😉

*Photos by Patti Phillips, but nobody died while she was shooting them, nor is the body part in the fourth picture real flesh and blood.