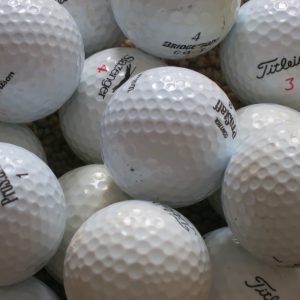 “Fore!!!” is a word called out as a warning to people in the path of a golf ball. Golfers are generally pleasant people and if we slice a ball into a neighboring fairway, we yell the warning at the top of our lungs. And everybody within earshot ducks. Nobody wants to be at the receiving end of a little white projectile traveling at over 125 mph.

The occasional errant ball passing in front of us isn’t usually a real cause for alarm, however. Last month, one flew past my ear from nearby fairway – a little close for my liking – but the rest of the round was safe from wayward missiles. Nonetheless, other objects have fallen out of the sky onto golf courses; some kinda funny, but some with serious consequences.

If somebody said “It’s raining golf balls,” I’d think they were talking about bad golfers slicing and hooking their way through the course. I would never imagine this: 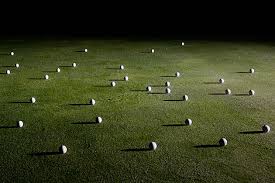 Back in 1969, there was a fairly average rainstorm in Punta Gorda, Florida. That is, until golf balls fell out of the sky by the dozens. Not on the golf course, mind you. Citizens found them on their lawns and in the streets. The prevailing theory was that a storm sucked the water out of a nearby golf course lake (resting place for the golf balls that don’t clear the water hazard) and then dumped the golf balls in the town. Or else the golf course maintenance crew was returning the balls to their owners.  😉

Unfortunately, bigger and more unexpected objects can crash onto a golf course. Tragically, in April, 2017, a Black Hawk helicopter crashed onto a Maryland golf course, killing one crew member. Two others were hurt during this routine training exercise. The pilot probably saw the wide open spaces of the golf course and picked the safest place to land, hoping it could be set down in one piece.

Read more about the accident and see the photos here:

Sometimes, people intentionally land on golf courses, without anything life-saving attached to the event. Lexi Thompson, an LPGA (Ladies Professional Golf Association) player jumped out of a plane in order to get to her tee time at the Kingsmill Championship. Truth: she landed on the golf course after skydiving, then teed off. She has a newish partnership with the Seal Legacy Foundation and did the jump to call attention to that. I don’t know about you, but I have enough fun getting to the tee-time with feet planted firmly on the ground. No skydiving needed to ramp up the action.

Then there was the shark… 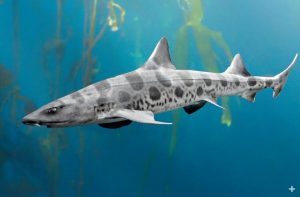 California has its share of interesting events, but in October, 2012, a 2-foot-long shark dropped out of the sky onto the 12th tee at a San Juan Hills golf course.  Probably dropped by a bird, it missed hitting any golfers, but generated lots of press for a while. The rescue efforts carried out by the golf course staff saved the shark’s life, despite the puncture wounds delivered by the bird during flight.

I have never carried a golf umbrella, not even when it’s raining, but I might if I ever play in California or Florida, just to be on the safe side.   😉