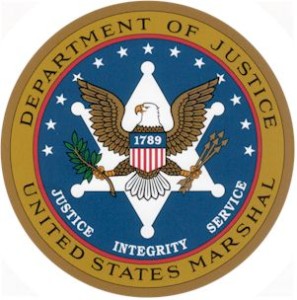 The Witness Security Program (WitSec), was started by US Marshal, Gerald Shur, in the late 60s as a way to get witnesses to testify against high-ranking mobsters and still stay alive. While controversial at the outset, there were enough resulting convictions by 1970 to convince government officials to put money into a formal program to help get dangerous criminals off the streets and disrupt their criminal ventures. As WitSec evolved, the safety of family members became part of the package as well.

What happens to the witness and the family?

Once the witness has agreed to testify, he/she and the family might be placed in the custody of the Marshal service until the trial comes up – sometimes many months – but this may be the only way to keep the witness alive until the court date.

For high profile cases, the U.S. Marshal Service handles 24 hour protection right up until the testimony, then provides new identities and moves everyone involved to an undisclosed location. This location is known only by a handful of government people. If the location is compromised for whatever reason, the US Marshals will find a new location for the family and begin the process again with new identities and jobs.

Once in the new location, average housing is provided, along with job prospects. The monthly stipends continue until the family can support themselves, usually only a few months. Early in the program, there were few monetary limits which led to abuses of the program by seasoned criminals, but that has changed.

Over 19,000 people have been relocated since WitSec began.

Some have left the program voluntarily, finding it too restrictive, and some of those people lost their lives as a result. It’s not a bad deal for some, because they get a truly fresh start away from a bad neighborhood, but for most, it is a drastic change.

It is possible to get kicked out of the program and it has happened. Returning to a life of crime is cause to get booted out, but the rate of recidivism while in WitSec is less than half that of the rest of the formerly incarcerated population. Less than half.

Interesting note: for criminals that testify and are in jail (or about to go there) when they testify, there is a parallel prison system. If they went into the general population, it would be easy to find them and they wouldn’t last long.

A few States (California, Illinois, New York, and Texas) have Witness Protection Systems of their own, but the protections and benefits are limited and less broad in scope.

Nobody who has followed the federal WitSec guidelines has been killed while under the protection, but it’s not easy to walk away from extended family and friends in the middle of the night, never, ever to see them again. Cell phones with the old names and contacts are gone, losing social media is a problem for some, new identities may mean that new careers must be chosen. A familiar lifestyle must be abandoned.

If given a suitcase and told to pack in 20 minutes, what would you take? What could you leave behind?

Additional information can be found at: