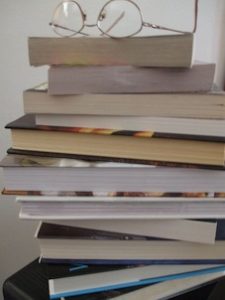 2021 was a great year for the Kerrian’s Notebook subscribers to win a book (or two if they also subscribed to Nightstand Book Reviews. Winners were chosen randomly during quarterly drawings, using random.org. The winners were then notified through Facebook and/or the email addresses they had provided. A list of at least ten books was sent to the winners, from which they picked their prize(s). The majority of the books have been (and will continue to be in 2022) mysteries, thrillers, and novels of suspense, in keeping with the Kerrian’s Notebook theme. Many of the books were stay-awake reads, many were bestsellers, some were donated by the authors, and some were passed along to other readers.

Looking for a great read? Take a look at the terrific books the Kerrian’s Notebook subscribers chose in 2021:

Bethany Blake  “Something Borrowed, Something Mewed”

Sheila Connolly “Murder at the Mansion”

Jessica Estavao “Whispers Beyond the Veil”

Alice Feeney “I Know Who You Are”

Tess Gerritsen “I Know A Secret”

Sue Grafton “W is for Wasted”

Sherry Harris “From Beer to Eternity”

Noah Hawley “Before the Fall”

Dee Henderson “Danger in the Shadows”

Julia Henry “Digging Up the Remains”

Gregg Hurwitz “Into the Fire”

Gregg Hurwitz “Out of the Dark”

Jan Karon “To Be Where You Are”

Debbie Macomber “Window on the Bay”

Kate Moretti “Thought I Knew You”

TJ O’Connor “Dying for the Past”

Louise Penny “How the Light Gets In”

Alexander McCall Smith “A Distant View of Everything”

Jeri Westerson “Booke of the Hidden”