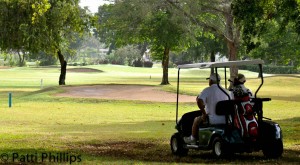 I’m going to go out on a limb here and guess that most of you have never played golf above a cemetery. Maybe you’ve walked past a golf course and seen how peaceful the landscape is, with its beautiful trees and manicured expanse of grass and/or been lucky enough to play a round on it. Maybe you’ve visited old cemeteries and been struck by the size of the property.  But, combining the two uses of grassy knolls is unusual.

Occasionally I play a round at a local public course that sits right next to a very crowded small cemetery. The 7th hole runs along the edge of an older section of grave sites and while separated by a row of tall shrubbery, errant golf balls do fly through the gaps in foliage. 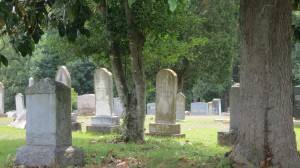 Do lost golf balls plopping on the graves bother the forever-resting occupants? Do golfers leave the wayward balls to the dearly departed, so that no footsteps ever fall on the burial ground?  I know a few guys who see the little white sphere traveling above the headstones and take out another golf ball right away. No attempt to retrieve said lost ball. They take a mulligan for the shot and play on. If a little kid sat behind the bushes and tossed the ball back from the cemetery (while staying hidden) I think the guys might run off the course and never return.  😉

Recently, in Chastain Park (Atlanta, Georgia) it was discovered that a section of the golf course actually sits right above an old potter’s field graveyard.

There is a possibility that wildflowers will be planted on the turf above the graves, allowing the permanent residents some peace and a bit of respect they might not have had in a forgotten potter’s field. There is no plan to disturb the graves.

Just in case you think it’s weird to combine a golf course with a cemetery, however accidental, here’s a bit of insider golfer information:

Many, and I mean MANY, avid golfers would love to have their ashes spread on their favorite golf course, and have even picked out the hole upon which they’d like to spend eternity. Maybe it’s the hole with a great view of the countryside; maybe it’s the place where they first hit a hole-in-one or won a bet. I’ve yet to sink a hole-in-one, so my choice would be somewhere around the green with a great view.

There are so many of these dedicated players all over the world that some large golf courses have regulations specifically dealing with the issue:

–      what day of the week the scattering is permitted

–      fees that may be required in order to gain access

Why do the powers-that-be care? Cremated remains are not all like small grains of sand. In the mix are pieces of bone, irregular in shape, unless they’ve been ground after cremation. Soooo…while the golf course managers may permit the scattering, they might have a concern about people dumping an urn full of ashes into a sand trap or on a tee box or (gasp) anywhere on a green.

Do you have a relative that wants to overlook the 8th green in perpetuity? Tell him/her to look into the policies at the chosen resting place. And tell him/her to figure out who is supposed to do the scattering. And what to do if there’s snow on the ground. Uncle Joe or Aunt Mae may have to wait a bit on somebody’s mantle until the spot at the golf course is ready for occupancy.

For a bit more information about the graves under Chastain Park, click on the link.

In March, 2014, in celebration of the 100th page on www.kerriansnotebook.com, I published “100 Ways to Die an Unnatural Death.” It quickly became the most widely read post on the site, and stayed at the top for the rest of the year. Professional writers used the list as a reference and fans of the crime/mystery genre searched the list for new (to them) odd ways that people die. Check out the list here.

There were so many responses and suggestions that by June, 2014, we had enough ideas to publish “50 More Ways to Die an Unnatural Death.” That post finished in the Top Ten for most popular posts of the year. Read that list here.

This is the 150th post for Kerrian’s Notebook, and 150 posts is worthy of recognition in keeping with what the Kerrian fans have come to look for.

You might ask, “Are there really more than 150 ways to die an unnatural death?” Oh, yes, indeed.

Thanks to contributions from readers all over the globe, we have 30 additions to the list. All of these scenarios could happen to somebody, somewhere, sad to say. Some are fictional setups based on actual events, some cases were plain bad luck, some were as a result of Mother Nature’s fury, some as a result of deadly intent. Whatever the reason? Dead is dead.

Shovels, pitchforks, and rugs at the ready, please. 😉

151. House collapses during demolition with person inside 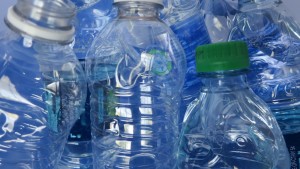 153. Water intoxication – you really can drink too much water – from Lori Ryan (www.loriryanromance.com)

155. Death by crushed Tylenol in a mincemeat pie – from Ruth McCarty (www.ruthmccarty.com)

156. Death by shooting in a court case – lawyer maintained that a shooting victim could have shot himself while drawing his own gun, demonstrated same, and killed himself. He won the case.

157. Death from starvation – while wife was hospitalized, husband refused to eat anything that wasn’t prepared by her.

158. Death by Segway – owner of the company lost control of his Segway and went off a cliff.

163. Choked on scarf – caught on the wheel of car in which she (Isadora Duncan) was a passenger

164. Fall off balcony – second floor outside balcony under renovation, floor not finished. Person walks out in the middle of night, forgetting there is no floor, and falls to death between the headers. Credit to Rob & Bobbi Mumm who thought it was a great setup for a murder mystery. Really, both of them are alive and well. 😉

165. Fall off balcony – while fending off wild monkeys (list25.com) 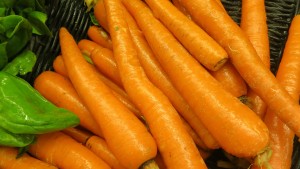 167. Collision of car and deer. Both driver and deer die.

168. Elephant steps on vehicle and occupant is crushed

169. Trampled by horse during polo match 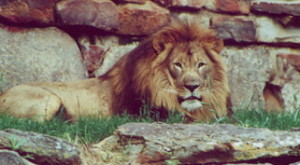 172. Attacked and killed by own dog

178. Death by too much bungee cord in a bungee jump

179. Stabbed with a screwdriver – Phillips head, to be specific

180. Overdose of aerosol deodorant – sprayed all over body twice a day

There you have it!

Be careful out there and apparently, be especially careful when you are close to hippos! They kill about 200 people every year! Hmmm…getting an idea for a story… 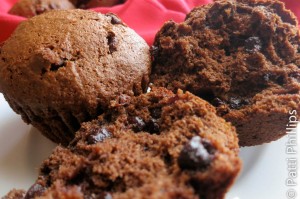