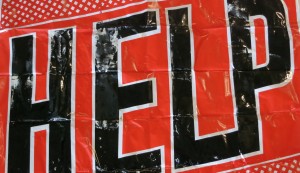 Last Monday evening, we dropped Bridget’s Mustang off at the local repair shop. (Read what happened on Monday during the day here.)

They usually do a great job on the cars, so we had no doubt that whatever caused it to die in the driveway would be sorted out. The guy at the front desk had told us on the phone to hold on to the keys until the morning, so we did.

Tuesday 8:30am – The key and fob were handed over and we had a short chat about what the car would not do. Electrical systems still functioned, but it just wouldn’t start. They still had the work order from the day before, so everything looked good for a speedy fix. “No problem. We’ll get to the bottom of it.”

Tuesday 3pm – I called to get the diagnosis. The car had not been looked at yet. “Sorry, we got backed up. We’ll get right on it, but we’ll have to keep it overnight.” Bridget raised her eyebrows. I reassured her, “Tomorrow, Sis.”

“We had an emergency and had to put another car on the lift. We’ll get to yours this afternoon.”

Emergency? Do repair shops have emergencies?

Wednesday 2:30pm – They called me. “You needed a fuel pump. We’ll have it done by close of business.”

“Do you have another set of keys? We think the theft system is overriding the ignition. You did need a fuel pump, but the key you gave us is not the original key.”

Hmmmm… the theft light flashes whenever the onboard computer thinks someone is trying to steal the car. Bridget said that it flashes when she opens the car door, before she puts the key into the ignition. I had given the guys my backup key, so that Bridget could hold on to the original. Ya know, in case somebody locked himself (or herself) out of the car while she was visiting.

I took them the original. Bridget did not want to talk to them. She wanted her car back.

Thursday 10am – I called. It was on the lift. “Call back after lunch.”

1pm – I called. Nobody knew anything. The guy I had been talking to was off for the afternoon.

The man on the phone said, “I made a decision on my own initiative. I put it on a flatbed and took it down the road to the dealer. We had no choice. We can’t get it started. We think that something is wrong with the key and the computer and they both need to be reset. That can only be done at the dealer. They’ll get it into the schedule tomorrow.”

Bridget steamed and threatened to fly home. Sheila took her out for the evening. Lots of door slamming as they left. I stayed out of sight.

Friday Noon: I called the repair shop. A different guy was now talking to me. He had not heard anything, but promised to call the dealership.

3:30pm  I called the repair shop. The ‘new guy’ had not spoken to the people at the dealership, but asked me to ‘hold’ while he did. I was told that the Mustang was next.

4:50pm  The repair shop guy called and said the key fob had been reset at the dealer, but the car still would not start on its own. They had to cross the wires to jumpstart it. The car was on the lift and the dealer mechanics were looking for the problem. I would not see the car until Monday, maybe Tuesday.

You don’t want to know what Bridget said. She complained a bit about the lousy treatment her favorite car ever was getting. In different words.

The weekend was seriously quiet at our house. Bridget tried to get a flight out, but last minute tickets were triple the usual price. She made a few tense phone calls to rearrange her back-home appointments and then went shopping for groceries with Sheila. They cooked all weekend. I stayed out of their way. I think the freezer is stocked for years. 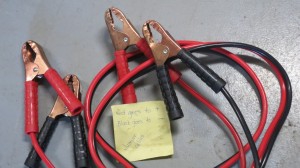 Monday 9:45am – A repair shop guy called. “The dealer mechanic is working on it as we speak. They actually had it running for a few minutes.”

He explained again why the car had been taken to the dealer. I kept thinking $$$.

Monday, 1pm – I called the repair shop. Nobody wanted to tell me the bad news, so the backup front desk guy got on the phone. “The entire security system shut down, and they think the key was at fault (saying that the key – the original – was a fake) and had shorted out the system.

I was there when Bridget bought the car. This was the same key fob she’d always had. I told the guy that. My voice might have gotten a little loud.

The dealer had ordered a special security system part that was going to take three days to arrive. Three days?  Where was this part coming from? Now I’m thinkin’ BIG $$$.

And then the repair shop guy said, “The car will not be ready until late Thursday.”

Bridget and Sheila both join me in saying, “There will be bodies.” 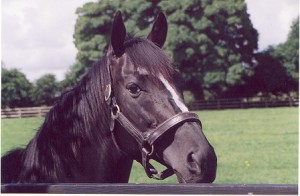 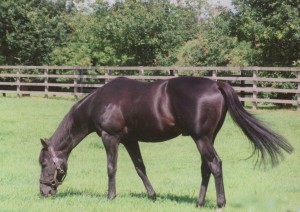