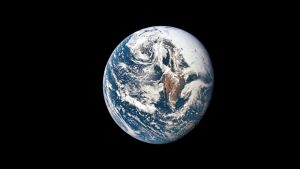 Earth Day was observed on April 22 this year.

Remember the Comprehensive Environmental Response, Compensation, and Liability Act (CERCLA) commonly known as the Superfund Act of 1980? It was passed after several disasters in the 1970s involving waste storage facilities – complete with explosions, deaths, and toxic air pollution. The Superfund was designed to supply funds to clean up hazardous waste sites identified by the Environmental Protection Agency as problematic to human health. Money for the $1.6 billion fund was raised by taxing chemical and petroleum products.

Six years later, after a lot of delays and out right scoffing by companies at the law, a newer, tougher version was passed. It contained more enforcement authority, a wider ability to work with State agencies and other interested parties, and was funded with $8.5 billion.

I lived in a town that contained a dump site situated across the street from a well-known manufacturing plant that made auto parts. After years of struggling financially, finally going out of business and sitting empty, the plant was officially closed and emptied of its machinery in 1989. To local residents, it seemed to take many years to recognize that there was a ground pollution problem at the empty plant, and then for someone to remove the leaching barrels from the property across the street. The dirt left behind was dug up, removed and then new dirt brought in. Then carrots were planted in the field to draw out the remaining toxic elements.

12 years later, a golf course was built in that spot, the only business that will ever be allowed to be there. It was determined that the ground and perhaps the water as well, are too toxic for homes ever to be built on the site. Contamination resulted from past manufacturing operations, including leaks from above ground and underground chemical storage tanks. The toxicity reaches into the bedrock below the ground.

This is one small site, less than 20 acres in size, and it took years to handle the issues involved. It cost upwards of $200 million to get it to the point where a golf course could be built there. People can be there for recreation, but can’t ever live there.

That scenario is duplicated all over the world in towns that have manufacturing plants. Chemical spills and pollutants have made the drinking water undrinkable in a town in Michigan, causing illness, ruining property values, creating a nightmare for the residents. The Love Canal (near Niagara Falls) was a major chemical waste site and was the source of many serious illnesses. It was also a major impetus for the 1980 Superfund Act to be passed.

We can chalk up a lot of the questionable handling of chemical waste to ignorance when problems first occurred decades ago. Now? Not so much. There are oversite agencies, regulations to be followed, guidelines in place. The level of enforcement varies from State to State and from one community to the next. And, yet we still have spills, still have companies making poor judgments about safe construction techniques. The Deep Water Horizon accident happened nine years ago this month, cost BP $65 billion in overall cleanup expenses and fees, and its impact is still being felt in the Gulf area.

The issues are complex. We need clothes, cars, furniture, fuel to run all of the pieces/parts of a modern society. We have limited resources on the planet. We have a growing population. Many towns around the USA recycle ‘gray’ water into public water systems (my present town included) because there is not sufficient fresh water to support a not densely populated county.

How do we balance our need for even the basic staples with our need to protect the planet from more harm, and ensure that generations to follow will have a healthy place to live?

You are invited to make positive suggestions in the comments below.