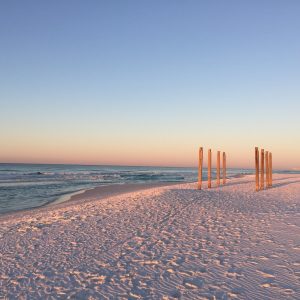 Sheila and I were visiting friends down in the Florida Panhandle last week and saw firsthand the famous beaches and emerald green water they had raved about on the phone. Honestly, they had undersold both. The view of the water is remarkable, and the white sugar sand is so fine that it’s a pleasure to walk on, bum legs and all.

Three days into the trip, we passed a place on the beach called the Sea Glass Saloon. Sheila and I both saw crime scene tape flapping around the dumpster out back and skidded to a stop. Well, no real skidding can happen on sand, but we did stop pretty quickly. Sheila looked at me, eyebrows raised and asked, “Feel like getting a drink before lunch?” She knows me well.

We entered the empty bar and sat ourselves off to the side. Our waitress’ paper name tag said, “Chloe,” and since it was written in magic marker, she was probably new to the job. We tried to be polite and avoid the Crime Scene Tape Topic, just in case Chloe was jittery about whatever had happened, but Sheila couldn’t stand the suspense anymore than I could. We introduced ourselves and Chloe laughed.

“Nice to meet you. I could tell as soon as you came in that at least one of you was a cop.”

I was surprised and said so.

Chloe grinned and waved to the still empty room. “You’re the first people in here today and you chose a table with your backs to the wall, not the table with the best view like most tourists do. I’m Chloe Jackson, former children’s librarian in my hometown of Chicago, now a waitress in a bar in Emerald Cove, Florida. Life has a funny way of laughing at my plans.”

The bartender called her over and she told us she’d be right back, but after they bent their heads together at the bar, she wasn’t smiling anymore. Something was bothering that young woman.

“Why do I know anything about cops? I read a lot of mysteries and they all seem to mention cops and their backs to the wall so there must be some truth to it. Also, both of them took a good look around like they wanted to know where the exits were and assessed Joaquín the bartender and me. Apparently, they decided we weren’t a threat because they didn’t get up and leave. I almost walked over to them with my hands up. They were pleasant when I asked what they’d like. He ordered a Guinness. She wanted a mimosa.

I had to call the police more than once about the patrons at the library – not the kids I work with but sometimes their parents or nannies. As I walked back to give Joaquín their orders, I thought about yesterday morning. I had to call 911 yesterday when I found the body of one of our patrons back by the dumpster behind the Sea Glass Saloon. Elwell Pugh, the man I found murdered with a channel knife sticking out of his neck, was a bit of an odd duck, but a good tipper and never caused me any problems.

On the other hand, he wore an armadillo shell as a hat which seemed really odd to me, but I’d only been in the panhandle of Florida for a little over a week. What did I know? Maybe lots of people wore armadillo shell hats down here. What worried me more is I’d overheard the owner of the Sea Glass, Vivi Slidell, arguing with a man last night after the bar closed.

I was mopping floors when I heard the raised voices back in the kitchen. I couldn’t make out their words or see them and I’m not certain it was Elwell that Vivi was arguing with. After a door slammed Vivi came into the bar and grabbed a bottle of bourbon and a glass before she noticed me mopping. I’d never seen Vivi drink anything stronger than sweet tea up to this point.

She told me to leave and to go out the front which faced the Gulf of Mexico. I complied but was uneasy about the whole thing. However, when the deputy questioned me yesterday, I left the bit about the argument out. It might not have anything to do with the Elwell’s death. If it did, it might mean I was working for a murderer.”

We told Chloe to keep the drinks and sweet tea coming, if she could call next door to the lunch place for sandwiches and tell us more of the story. And what a jaw-dropping story it was. You can read all about it in “From Beer to Eternity.”

Sherry Harris, an Agatha nominated author, writes the brand new Chloe Jackson Sea Glass Saloon Mysteries. “From Beer to Eternity” features Chloe and a cast of wonderful characters – some of them mentioned in the teaser you just read. 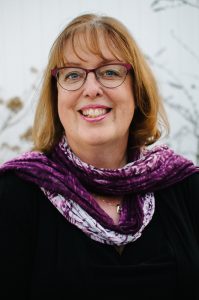 Many thanks to Sherry Harris/Chloe Jackson for stopping by the Visiting Detectives corner.  🙂  We always love a great crime scene tale! 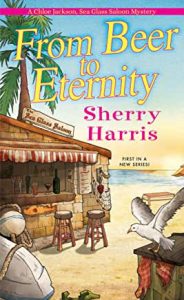 Please visit www.sherryharrisauthor.com for more information about her books and where to buy them. Get every single one.  🙂