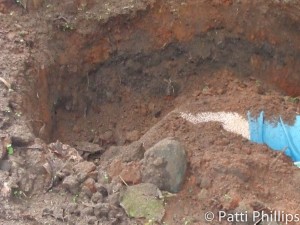 Detectives on TV have great jobs. They swoop into a crime scene after it’s been secured, and the Crime Scene Techs take care of all the evidence collection and any photography needed. The Patrol Officers take the statements and canvas the neighborhoods. All the stars of the shows need to do is solve the crime using their brains and years of experience in assessing homicides just like the one in front of them. You’re pretty bright and always solve the imaginary mystery ahead of the TV cops, so you could do that, right?

Be careful what you wish for, because not every town has special people assigned to be detectives and you may have to move to the big city in order to realize your dream.

In smaller towns, the police departments are too small (think “Jessie Stone” on TV) to have fancy labs, and the crime scene tech may be the same guy that answers the phones at headquarters. Any detecting is most likely done by the police officers themselves.

The sometime ‘detectives’ in smaller jurisdictions don’t have as many murder cases to work as in the big cities, so their time may be spent catching speeding motorists, or figuring out who broke into the liquor store after hours or how the Fitzer barn happened to burn down. There may be robberies, burglaries, domestic abuse, runaways, assault, and potential arson cases to resolve, and if there is more than one case at a time that comes into the local office, the investigations may be handed off to the county or state law enforcement agencies. In big cities, however, the need for detectives may be serious enough to create divisions that specialize in robbery or homicide or arson or cybercrime or gang activity.

The reality is that being a detective of any kind may be fascinating work, but Homicide Detectives have long hours (rarely 9 to 5) and are awakened in the middle of the night when a body is discovered. The investigation must be conducted while the leads are hot. If the killer isn’t caught within the first few days, the trail gets cold and the case gets tougher to solve. Sometimes, because there is not enough local manpower available or even a lab to process evidence, cases that require forensic analysis are handed over to county or state agencies.

What does it take to be a detective?

A candidate for the position of Homicide Detective would most likely start out as a patrol officer, having gone through the Police Academy first. Some cities require criminal justice degrees, or four-year college degrees in order to advance, so patrol officers interested in shifting the focus of their careers, may have to attend college in off hours. In smaller departments, detectives are sometimes chosen because of a special aptitude for spotting crime scene details. Some departments require candidates to pass special written/oral tests. At this point, there is no national standard for either minimum educational requirements, or training, to be a Homicide Detective.

Skills – Homicide Detectives must be able to organize information, work for long hours, be physically fit, be emotionally able to deal with the terrible things they will see, and have a strong stomach. He/she can’t be bothered by blood, or body parts scattered around. In order to be effective, they must be able to interrogate witnesses without having them clam up. They should be able to ask questions that require other than yes and no answers. Immediately after a crime has occurred, the detectives must be able to discover the facts, sort out the details, determine the oddities of a case, and deal with grieving widows and relatives and neighbors.

Not really interested in murders, but want to solve those sexy art fraud and insurance fraud cases? Cybercrime sounds cool to you?

In that case, you need:

Pretty much what a Homicide Detective needs, but without dealing with the blood.

Like digging through seemingly unrelated facts in order to come up with the ‘who, what, where and how’ of a crime? Then a ‘why’ so that motive can be established?

Maybe you could be detective.  🙂